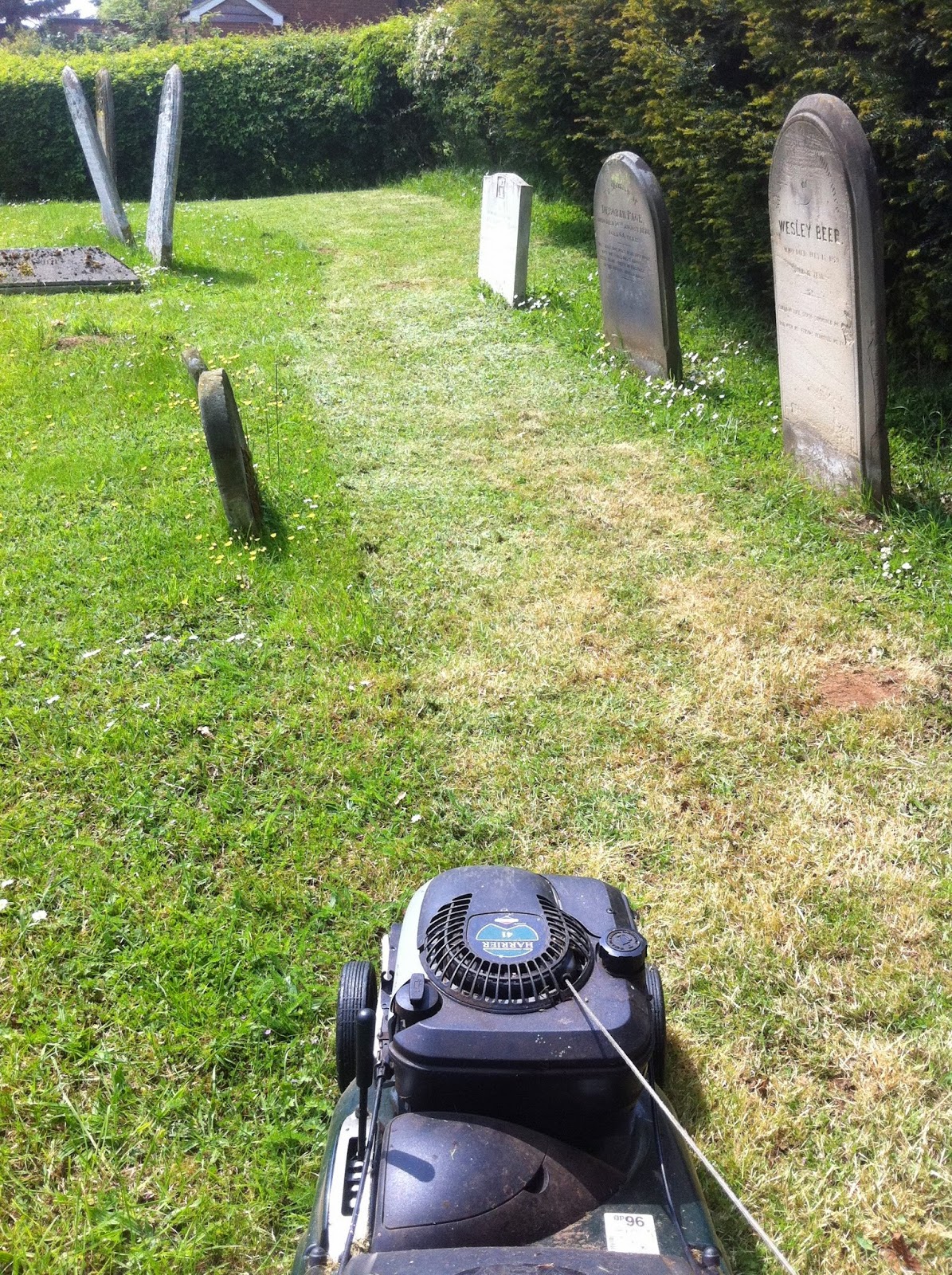 One of the joys of living in a Suffolk village is that you can do things like volunteering to tend to the graves, and what it allows you to do, is fire up the mower, put in the head phones, and with the sound of some great music [my choice] you can switch off....and for 2 hours at least be in a world of your own, but hopefully not their [the residents] world just yet.

Friday night waiting for Later with Jools to appear I had flicked over to BBC 2 and caught the tail end of news night..... and there they were, 1 female presenter and 3 female guests all espousing their outrage at Richard Scudamore, and by the end of the article I was truely amazed that Mr Scudmore's gonads were not being served upon a platter [à la that great scene in the film ....The Cook, the Thief, His Wife & Her Lover]. For the record the news night lynch mob were/are Yalda Hakim [presenting] with Claire Fox, Eniola Aluko, Anna Kessel.... never heard of any of em before Friday night, but to be fair they have probably never heard of me....

Oh how Jeremy Clarkson must be so relieved he is not the only male cocking it up...... to his rescue along came Richard Scudamore....

Quite frankly I can't be arsed to get too excited by what Richard Scudamore did or how crass it was/wasn't {delete as appropriate} but it is amazing the mass hysteria it has created among female commentators...... god help any of them, if they found themselves in the audience of a Roy Chubby Brown show....... blimey.... then they would be outraged .....

Funny though, how it has re-engaged the issue of mens attitude to women.... Take this article, was it written by a man perchance ? I mean would you get an article entitled ....... What REALLY turns men on: Researchers reveal which male body parts are most sensitive (and exactly how to stimulate them). It's the use of the words and exactly how to stimulate them.... as if they are somehow all automatons.... but the truth is, articles about turning women on have been written since men could first think..... one of life's great mysteries, how to turn women on...... but what articles of this nature identify is the arrogance of men-vs-woman....any different from Scudamore's musings ? But if there was ever a need to know how to turn women off.... then I think Mr Scudamore has cornered the market though.....

Perhaps many of the outraged should have watched Kirsty Warks, Blurred Lines, he is probably a men amongst equals.

But clearly it seems that all that we write or say...is now being monitored for the first hint of outrage..... you have been warned......

Listening to Radio Five throughout Sunday whilst fitting gutters [better than being in them I say], and program after program debated in minutiae of detail Mr Scudamore's faux pas.... with vote after vote of should he stay or go ?

This blog is not about Mr Scudamore's right to cause outrage amongst his adoring female fans, nor have I any intentions of seeking to defend his actions..... but there I was walking up down the lawn of our dear departed and thinking all that outrage, all that anger, all that offence...... look down at your feet and what do you see ?

When ever I am on the graveyard shift, I choose what music to listen to, with a view to providing the maximum escape from the madness of the real world, reflected by the vision of the world that awaits us...... this weekend it was James, and so I am choosing a week of James ..... songs to dig graves by.....

And to end today's entry, for all those who love fast cars, an acknowledgment to the great Jack Brabham, who has now left this life.... but oh what a legacy.... and what a great line how he is the only man ever to clinch the F1 title on foot....... given half the chance I would happily mow the law of his resting place.....