As the BBC report we are told:

The force said there had been "disturbances" at the seven Tesco stores. Incidents included:

Fights broke out between shoppers in Stretford, and a woman suffered "minor injuries" after being hit by a falling television. The store was closed at 00:36 GMT

In Wigan, officers were called to reports of "several hundred people trying to enter the store". Police added: "Two men were ejected before control was regained"

There were reports of fighting in a store in Hattersley, where a man was arrested for a public order offence

Fighting over a sodding Tv 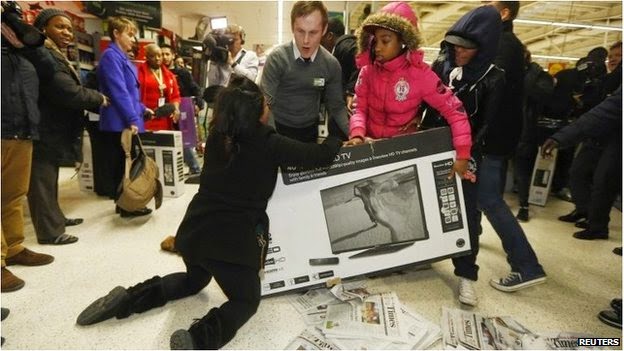 FUCKING SONG OF THE DAY FRIDAY